Victor, our comic-hero from the VKS team, is going international!

Especially for all the families with peroxisomal disorders in the Zellwegerspectrum we
translated our comic-story (below basic version) about the journey of the VKS team in
Axels cells to find out and explain what's the problem.
Herewith there is a world wide available, low-profile and clear way to explain friends,
brothers and sisters, family, collegues about this disease. 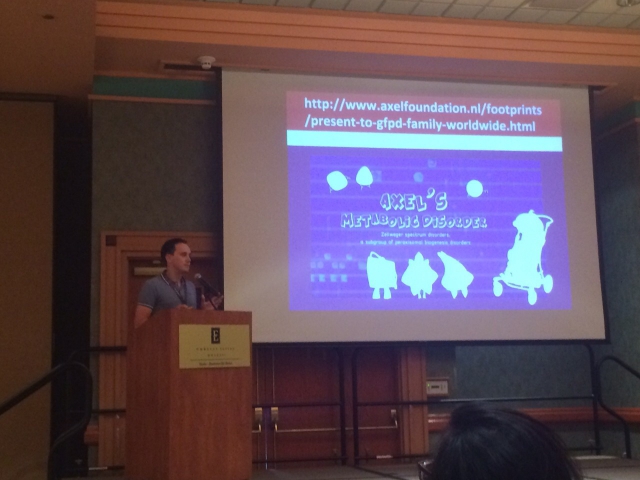 At the International Peroxisomal Meeting in Omaha Nebraska (july 17th, 2015), organised by
Global Fund of Peroxisomal Disorders the comic-story was presented by Drs. K. Berendse of
Amsterdam Medical Center.

The comic-story is an initiative of the Axel Foundation and we are proud that cooperated by the
making of comic story.